Climbing High: The Liana Vines of the Rainforest

This species includes the liana vine, one of the most recognizable plant forms in the rainforest. Liana vines are thick, woody vines that can grow as long as 3000 feet. They begin life on the forest floor as small shrubs. Gradually, they begin to climb upwards, using other plants and trees to help support them.

Unlike vines like the strangler fig which can hurt the tree or plant it is attached to, liana vines take nothing from their support system. This is because they are already rooted in the ground and are getting the nourishment they need. In some cases, the liana vines will extend towards the canopy layer and then spread from tree to tree. In some rainforests, the leaves of the liana vines make up almost 40 percent of that layer's leaf cover. 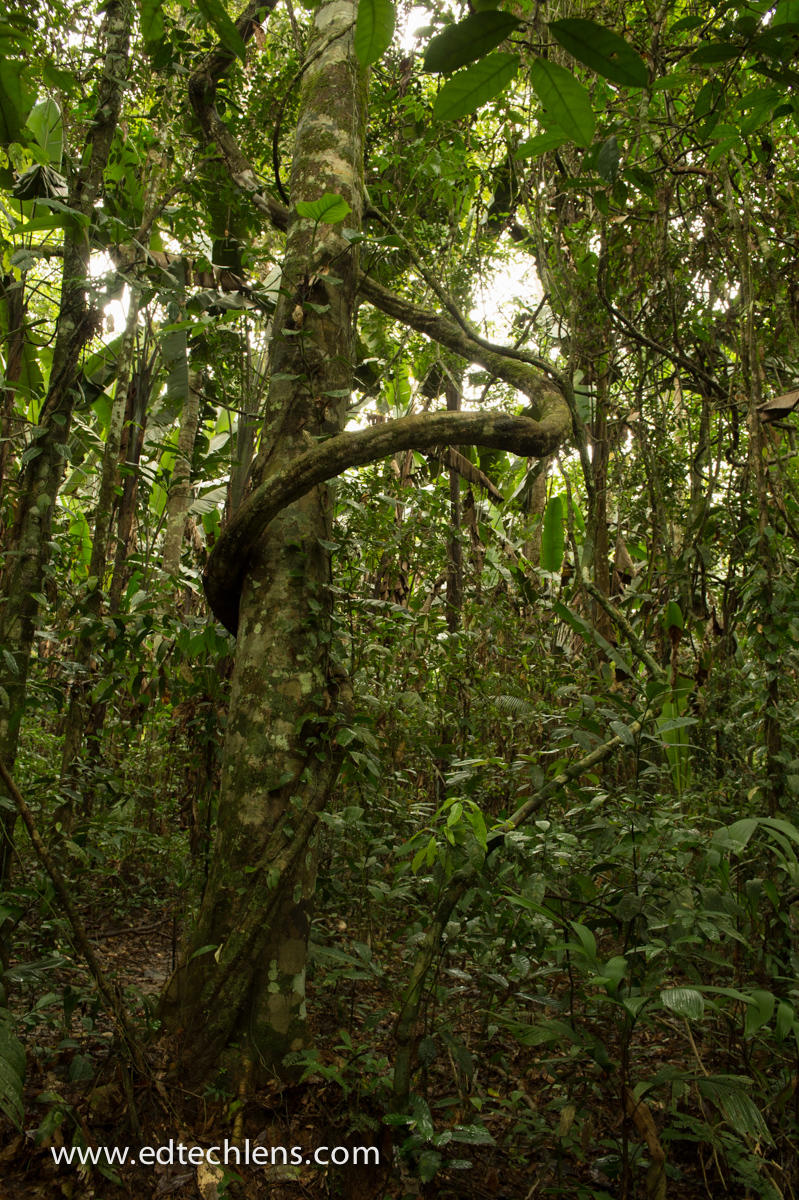 The liana vines use a number of different adaptations to attach themselves to trees. These include twining or wrapping themselves around a tree, thorns or spikes which provide a solid support and a kind of adhesive which literally helps the vine stick to a tree. The type of support is dependent on the individual type of the liana vine.

Liana vines also help rainforest animals that live in the canopy. The vines can sometimes connect trees making it easier for animals to move from tree to tree. Although some different types of trees have adapted in order to discourage liana vines from taking hold, liana vines are a necessary part of the rainforest ecosystem and its health.

Want to Learn More? Visit Live Science and the Liana page at California Institute of Technology.