Tiny Creatures: The World of Microbes

Tiny Creatures: The World of Microbes: For the Child Who's Curious about "Germ Bugs" 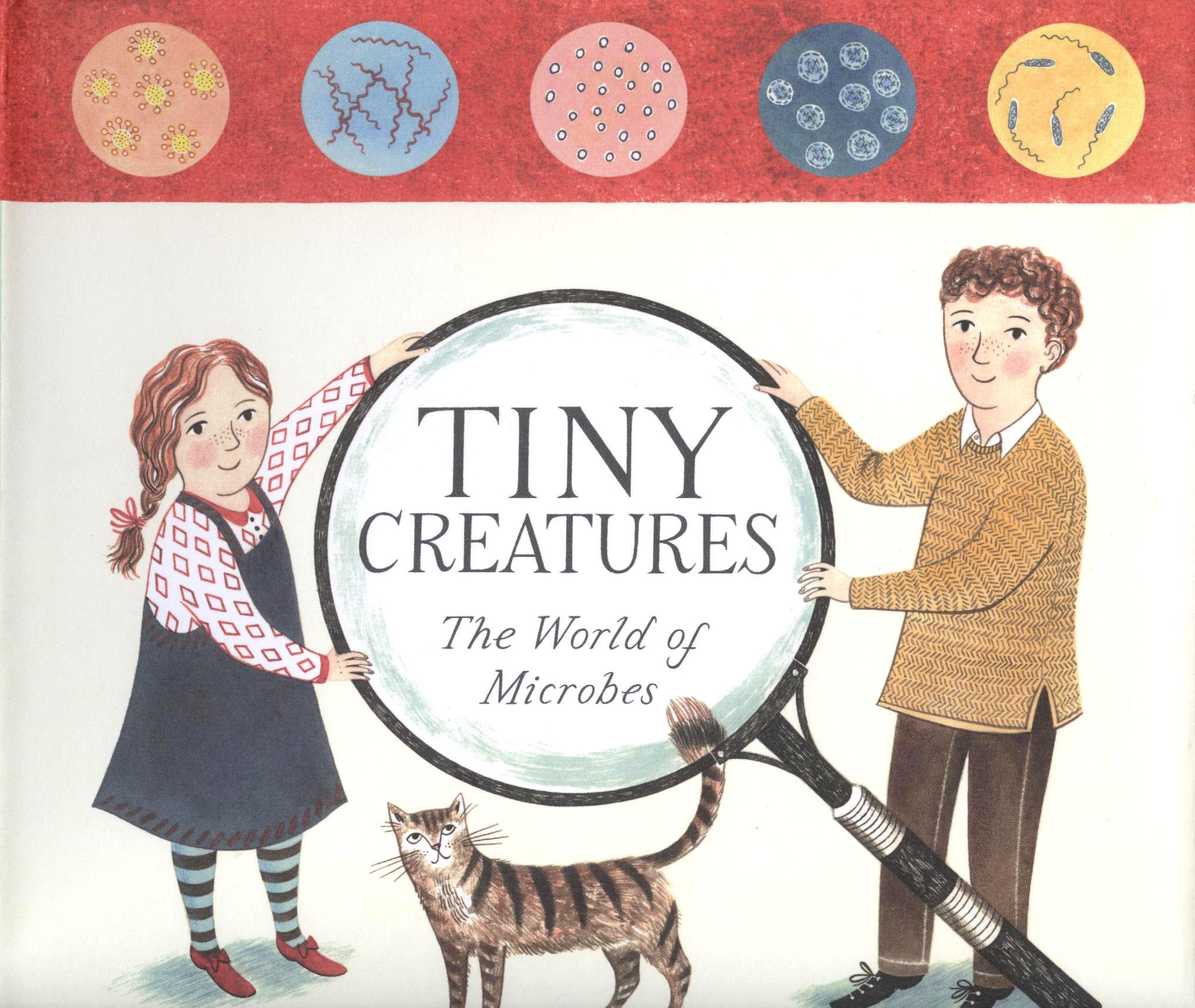 The world of microbes has been an untapped subject for the five- to eight-year old set. You’ll realize what a shame that is when you see what a source of wonder these astounding creatures can be. Tiny to the point of being nearly invisible, microbes do huge jobs – turning rocks into soil, cliffs into beaches and “recycling everything that dies to make soil so that new life can sprout.”

Nicola Davies takes children on a fascinating trip in her book, “Tiny Creatures: The World of Microbes,” describing these other-worldly creatures who live everywhere, even in volcanoes, inside rocks and “at the back of your fridge.”

She helps young readers see and understand the almost inconceivable numbers of these creatures that inhabit our planet (there are more living on your skin than there are people on Earth), and with the help of Emily Sutton’s cozy illustrations, she sets up comparisons that put their size into recognizable scale: “…so tiny that we’d have to make the ant’s antenna as big as a whale to show them to you…”

Davies’ clear language is scientifically precise, yet easy for young readers to understand. Her deft evocation of the world of microbes will fire the imaginations of readers of all ages.