Pitch Me a Plant!

In the damp, shady rainforest, you might find these mysterious upside down bell-shaped plants. They are called pitcher plants. They are an oddity of the rainforest because they are carnivorous. Yes, they are plants that eat meat! They get nutrients from their meaty meal but they still use sunlight to make their food.

When the creature can’t crawl back out, it drowns in this liquid. The liquid contains enzymes that break down the prey. As the prey rots and falls apart, the plant soaks in the nutrients. 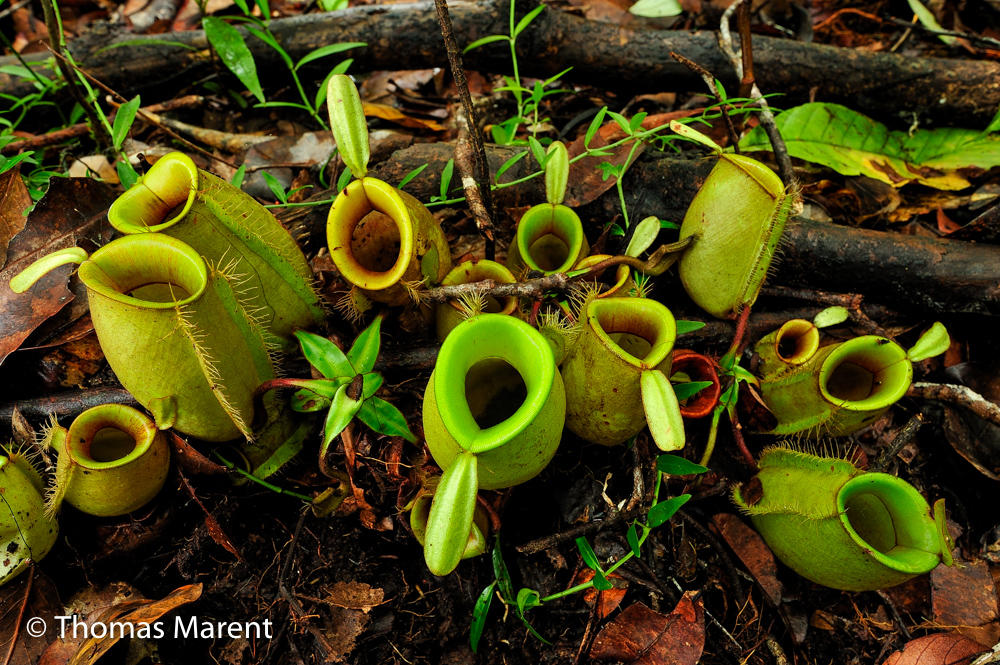 Slip into some more: Pitcher Plants