Meet the Jaguar of South and Central America

Of the many big cats that prowl the rainforests of the world, the jaguar is certainly one of the most majestic of animals. The largest of the big cats found in South America, the jaguar once roamed a territory that stretched from the most southern tip of South America to the southwestern regions of the United States. Sadly, their numbers have grown much smaller and they are now found only in the most isolated areas of South and Central America.

Jaguars begin life as tiny cubs, blind and helpless. It is up to the mother to take care of her babies. And she does—mother jaguars will even fight the father to make sure that the cubs are safe. It is also the mother that teaches her young the skills they will need to survive in the rainforest. It can take as long as two years or more before the young jaguars will leave the safety of their mother’s den. 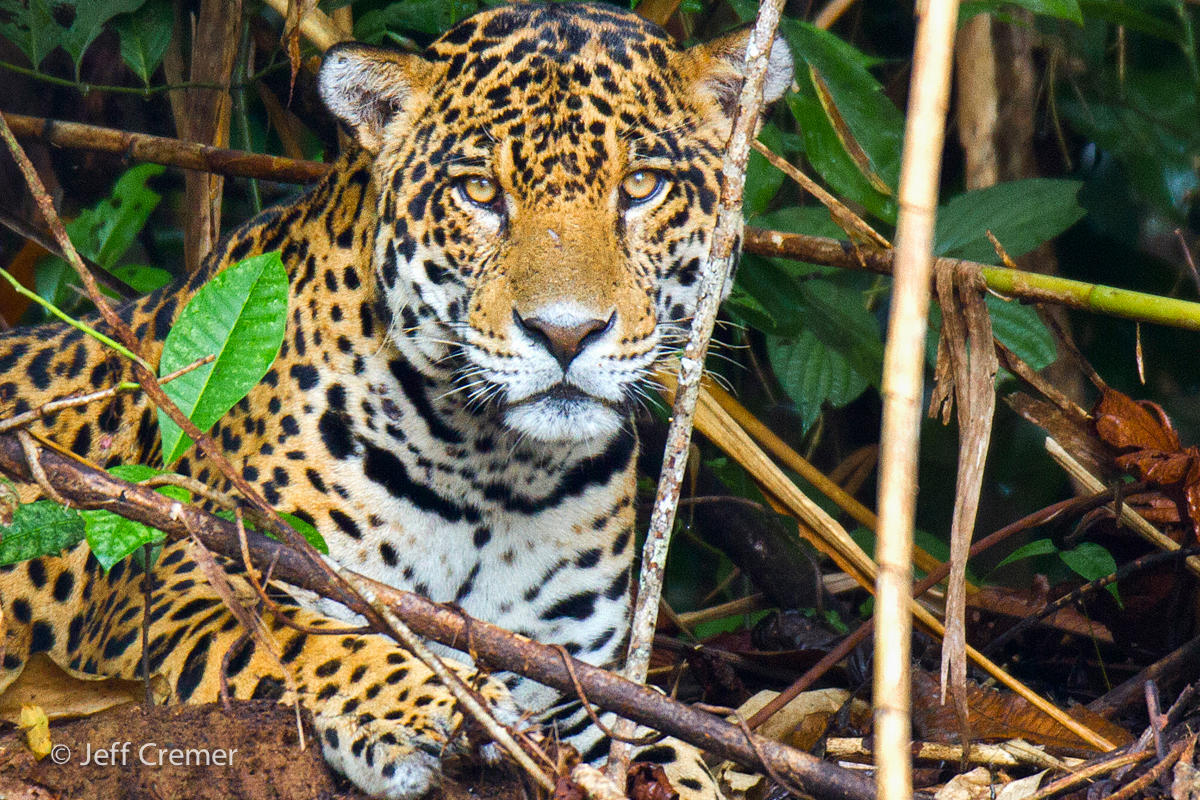 Something to Think About: The jaguar has important religious and cultural meaning for many Native American cultures in Mexico, Central America, and South America. The animal's name comes from the Native American word yaguar, which means "he who kills with one leap." The Aztecs associated jaguars with royalty, war, and magical power. What other qualities about the jaguar would be meaningful to a group?