Attack of the Stinky Flowers

Every year in the rainforests of Indonesia, a very special flower appears. The Rafflesia arnoldii is the largest flower in the world—a single bloom can measure up to three feet (approximately one meter) wide. People have described the sound of the flower blooming as similar to a shoe pulling free from the mud! This plant is no lightweight either—at its peak, it can weigh as much as fifteen pounds (approximately seven kilograms).

But you would think twice before taking this plant home. The flower smells a lot like rotting meat. People may not like to smell the plant, but it does attract insects that help to pollinate the plant. The plants then bloom again within a year’s time. 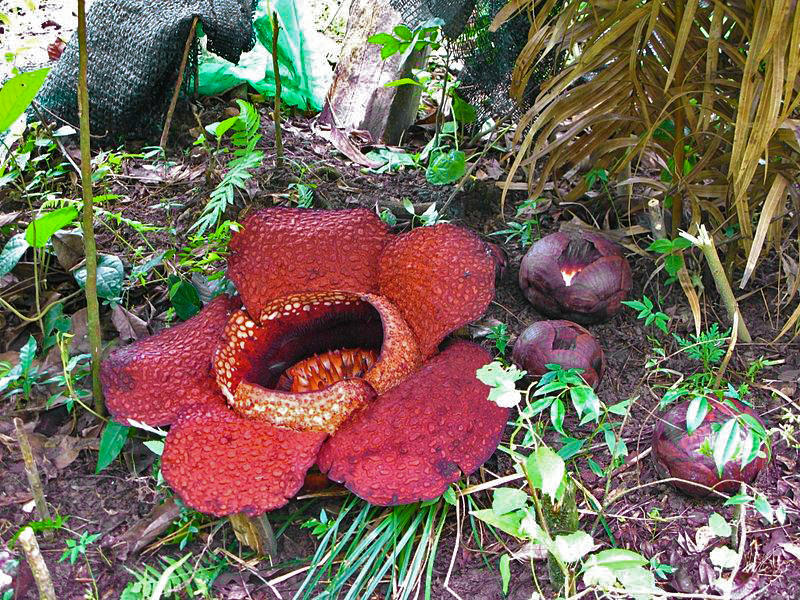 The Rafflesia arnoldii is a parasitic plant. This means that the plant depends on other plants or trees to get the food and water it needs. It does this by attaching itself to the leaves or stalks of a plant or tree trunk.

Are there any stinky plants where you live? What do they look and smell like?