One of the more distinctive birds in the rainforest is the Black Skimmer. It is the only bird in the world whose beak is longer on the bottom than the top. This unique part helps the Black Skimmer when it goes looking for food. When the bird zooms in, the beak automatically shuts on its prey!

As you can imagine, the skimmer's beak endures a lot of wear and tear and will sometimes break. But the bird’s beak does grow back. 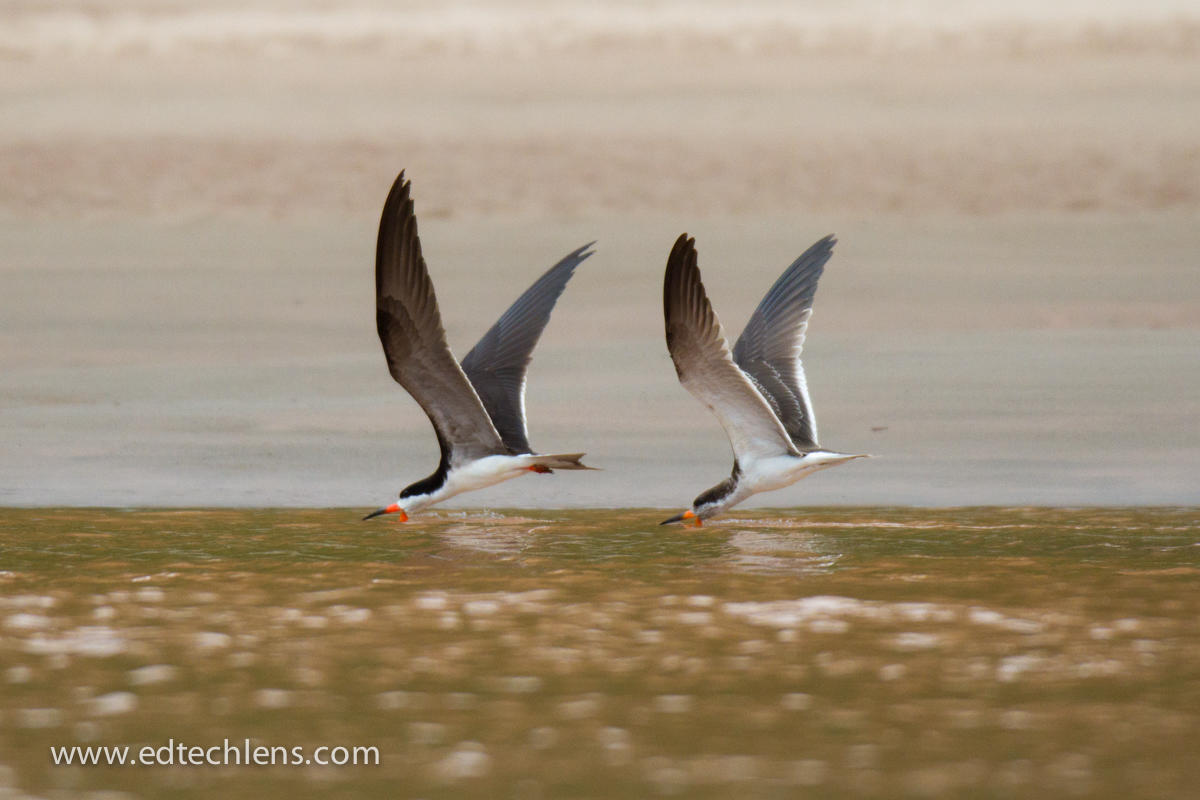 The Black Skimmer is active mostly during the day and dusk hours, but will often feed at night. Their highly developed sense of touch helps them to hunt when there is little or no light. In addition, the bird’s eyes also help to see in darkness, in order to spot the various fish, worms and insects that come to the surface of the water. If necessary, the birds will fly as far as five miles away from their homes in order to find food.

Black Skimmers can be found near open, sandy beaches or on shell bars. They are very social birds and often will build their nests near one another. While the majority of Black Skimmers live in the rainforests, the bird also can be found in some parts of the United States such as Florida, North Carolina and California. Unfortunately, many of the habitats of the Black Skimmer have been destroyed by beachfront development.

Something to Think About: The Black Skimmer has a special structural adaptation that helps it to hunt. Can you think of other animals that have special features that help them to survive in the rainforest?

Want to Learn More? Visit Florida Birding and Wildlife Trail ; All About Birds and Birding Information