Taking Back the Land: The Secondary Rainforest

What happens to rainforest land that has been cleared but abandoned or forgotten? Well, in many cases, the land is reclaimed again by the trees, ferns, and bushes that once flourished there. This new growth is called a secondary forest. And today, as much as 30 percent of rainforest land in the world consists of these secondary forests.

Nature does not waste much time with secondary forests — they grow quickly. In as little as three weeks, new trees and other plant life will begin to appear; in about three years, many of the trees can be as tall as 40 feet or higher. 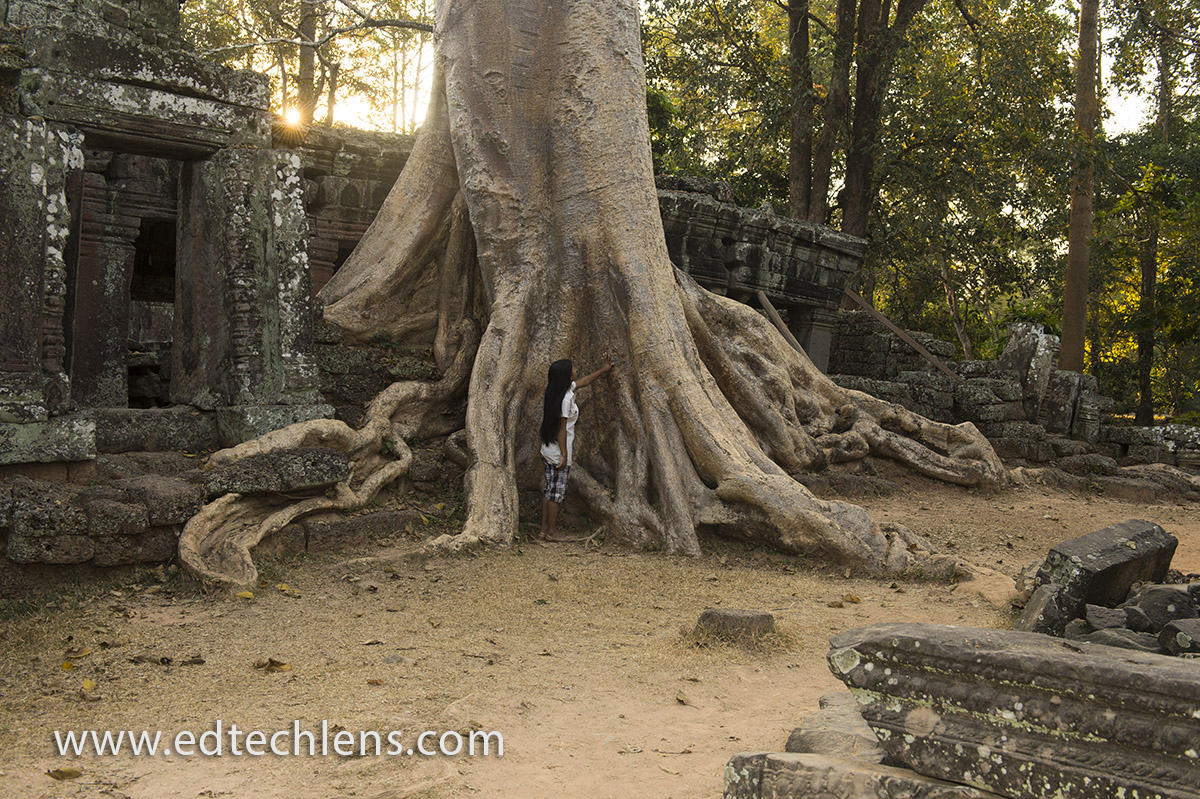 The photograph above shows one example of a secondary rainforest. This forest is located in the country of Cambodia, in Southeast Asia at a place called Angkor Wat. Several hundred years ago, large tracts of forestland at Angkor Wat were cleared in order to build the majestic temples and palaces that were constructed of brick and stone. But in the fifteenth century, the site was abandoned and the rainforest, claimed the land once more as its own. Today visitors to Angkor Wat not only marvel at the beautiful architecture of the ancient temples but can also see the powerful beauty of nature at work.