At first glance, it might look like this bird is a cross between a unicorn and a modern-day dinosaur!

But in fact, the Horned Screamer bird is a relative of ducks and swans. Horned Screamers can be found living in pairs or in small groups near rivers and marshlands throughout the rainforests in northern and central regions of South America.

See the small beak on the bird's head? The spiny structure on the bird’s head is not a feather but is a kind of horn that is loosely attached to the bird’s head. The tip can break quite often, but it does grow back. That along with its large webby feet and claws might make a predator think twice before attacking the Horned Screamer. 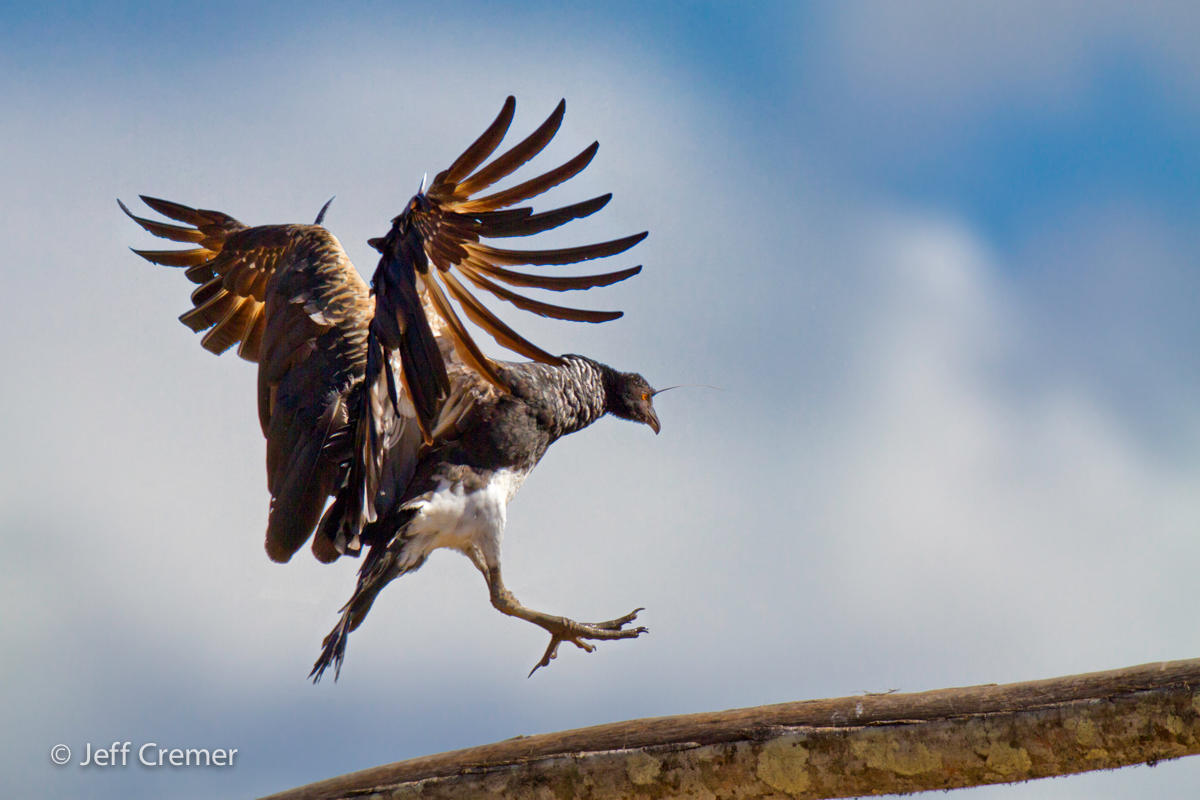 The birds build their nests on floating bits of plants in shallow water where they feed on water plants. The young Horned Screamers do not spend a lot of time in their nests either. Once hatched, the birds can run and move about.

As you might imagine, the Horned Screamers make a lot of noise. Not only do they have a loud call, their legs contain air sacs that are also used to make sounds.

Something to Think About: In what ways has nature provided the Horned Screamer with what it needs to survive in the rainforest?

Want to Learn More? Check out the Crested Screamer page from the Woodland Park Zoo in Seattle, and the BBBC's "Tweet of the Day" page.