One of the rainforest’s most majestic birds is the White Egret. This bird is noted for its long-legs, beautiful white feathers, thin beak, and elegant S-shaped neck. Though the bird can grow to only three feet tall, their wingspan is more than twice that size, measuring up to eight feet! The bird is found not just in the rainforests of South America, but also in parts of North America, Asia, Africa, Europe and Australia. 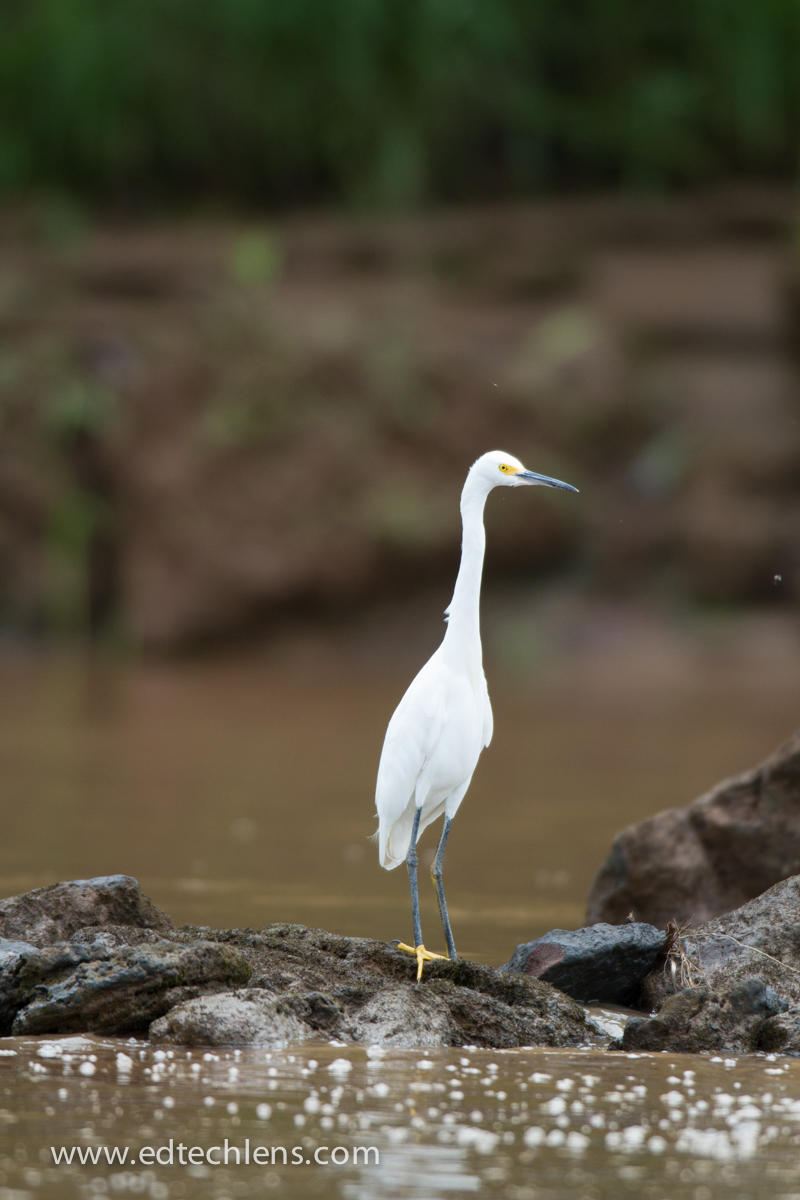 Egrets prefer warmer climates and to be near water. They have adapted to both fresh and salt-water environments, but can also be found in wetlands, streams, rivers, and ponds. No matter the water source, the egret can be found walking very slowly or standing quite still. Chances are the bird is looking for something to eat such as fish, frogs, snakes or other small animals. Once the egret has spotted its prey, its sharp beak spears it and then the bird swallows it meal whole. The white egret builds its nest in trees and prefers being with other egrets, so it is not uncommon to see several nests grouped together.

The white egret also represents one of North America’s most famous conservation societies: the National Audubon Society, which works to protect our natural and animal resources.

Something to Think About: The white egret was once hunted for its beautiful white feathers that were used to decorate hats. Can you think of other ways that animals become endangered because of human wants such as fashion?