Fungi are not plants! That means that they cannot use sunlight to make their own food. Instead, they have special chemicals that break down the food they feed on. A typical meal for fungi can be anything from tree bark, plants, to dead animals, and leaves. But fungi are doing more than eating. They are breaking down these organisms to return them into the soil. As the material breaks down, the fungi help release nutrients into the air such as carbon dioxide and oxygen into the soil. This is called decomposition.

Fungi are nature’s recyclers. They enrich soil so plants grow healthier. And they give other organisms essential substances in a usable form. What would we do if we didn’t have these decomposers? Things would just pile up and go no where. Nothing new would grow.

Humans use fungi everyday. Yeast is a fungus used in baking to make bread rise, and is a good source of protein. Fungi, like mushrooms, are eaten by people and animals. But some are poisonous. So watch out! Most fungi produce important drugs that cure bacterial infections and diseases. But some can cause diseases, and force other plants to rot and decay. 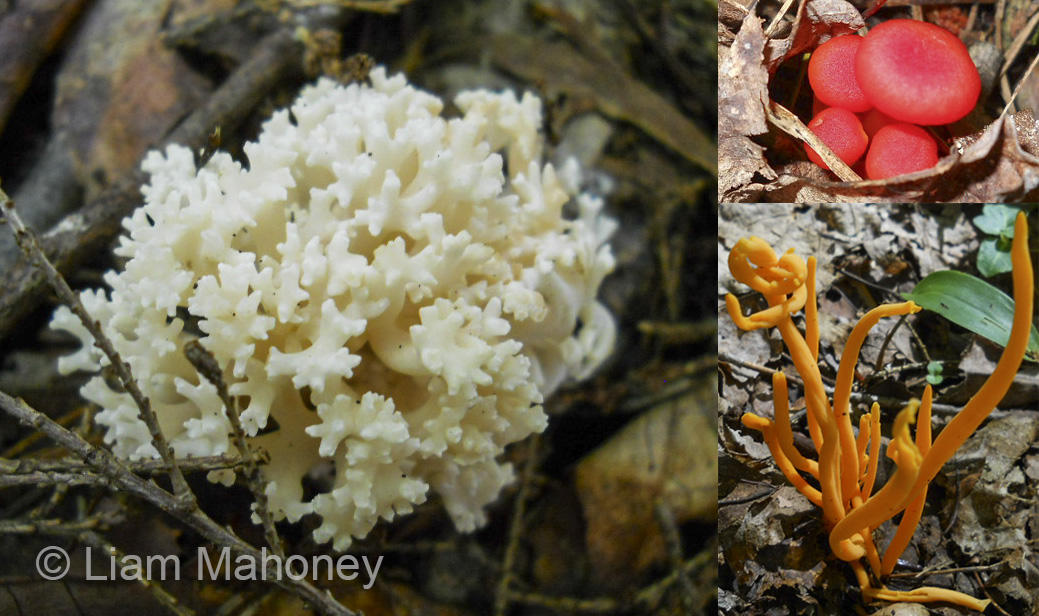 Rainforest floors make for great growing conditions for fungi, but fungi will grow anywhere it is dark and damp. These fungi were found in a temperate climate. As you can see not all fungi look like mushrooms, and come in many colors. "I came across this neat fungi growing in bunches on the forest floor. It reminds me a bit of a small clump of ocean coral or a sea anemone". "There are so many bizarre fungi that grow in the forest. This orange fungi was easy to spot with its super bright color. With its unique twists, it looks like a piece of art", Liam Mahoney.

How are you like fungi? How do you help break down things so it’s more usable to the environment in which you live?