As a young boy in Baden, Switzerland, wildlife photographer Thomas Marent discovered his love of nature. At first, Thomas began collecting pictures of birds and butterflies. As a teenager, he became an enthusiastic birdwatcher. At the age of 16, Thomas became interested in photography. As a result, a whole new world opened up through the camera lens.

In 1989, while in Australia, Thomas made his first trip to a rainforest. He marveled at the amazing array of colors, sounds, plants and animals.

Since that first visit, Thomas has gone on to become a professional wildlife photographer who specializes in rainforest photography. He travels all over the world to document the plants, animals, and people who make their home in the world’s many rainforests. 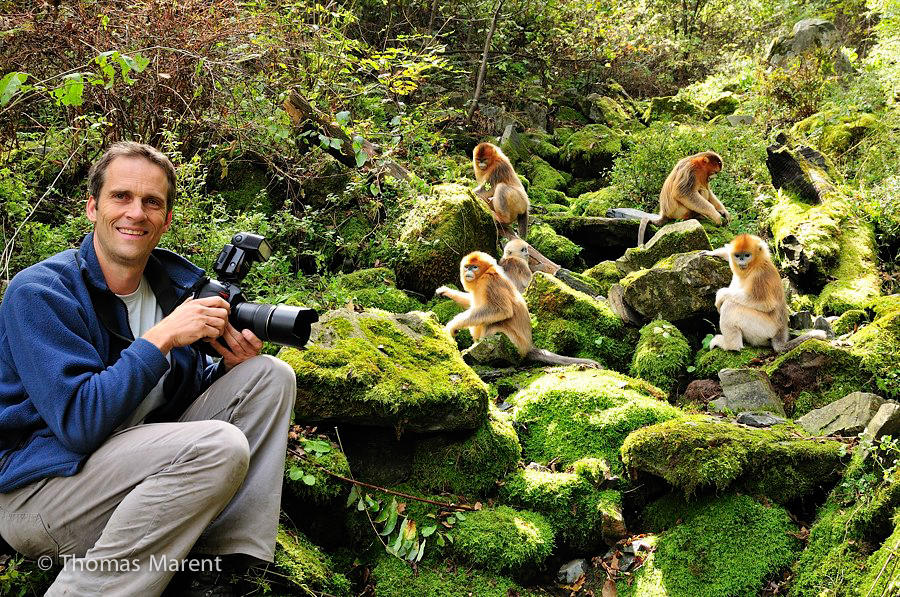 Given all of the world’s rainforests he has visited, is there one place that Thomas likes more than any others?

“Impossible!” Thomas has said. To him, each rainforest is special.  For example, the rainforests in South America are the most diverse with many different kinds of plants and animals. But Thomas has also enjoyed traveling to Madagascar, Sumatra and Borneo. And if given the opportunity, he would like to spend more time in the rainforests of Papua New Guinea as well as Australia and New Zealand to photograph the many different animals and plant life there too.

Next month we will learn more about what Thomas does when taking pictures in the rainforest.

Something to Think About: What do you think would be some of the challenges about taking photographs in the rainforest?