"See How Snakelike I Can Be!" 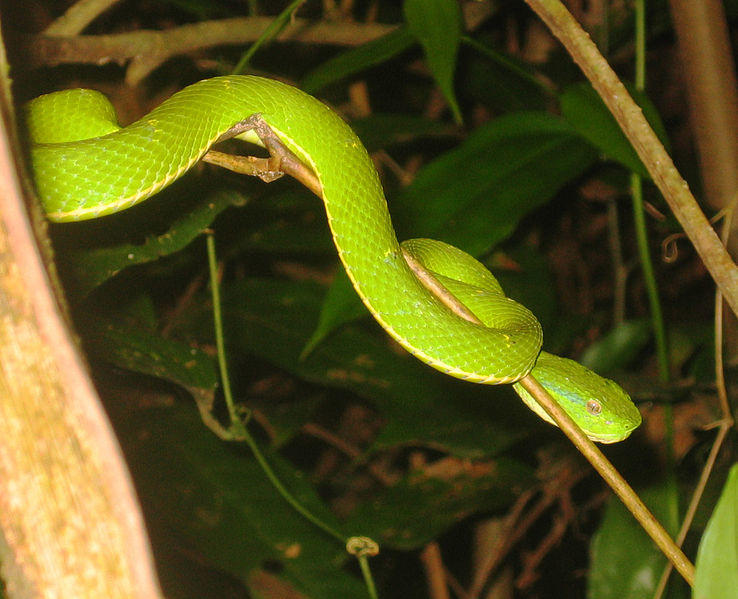 An Eyelash Palm Pit Viper can be yellow, brown, red, or green. Some have color combinations or can be speckled. Eyelash vipers don’t really have eyelashes, but have scales that look like tiny horns above their eyes. They look like extended eyebrows.

Eyelash Palm Pit Vipers are the smallest poisonous snake in Central America. They have a heat sensitive organ called a pit. This tells them when prey is near. How’s that for a strange way of knowing if food is nearby: feeling food’s warmth instead of seeing it? The pit is located in between the eyes and nostrils on their diamond shaped heads. Think of it as a third eye. These snakes are nocturnal, meaning they are awake at night instead of daytime. The pit is a great way for them to hunt in the dark!

These snakes do not kill their prey by squeezing them to death, as Boa Constrictors do. Vipers have fangs that are like needles. Their fangs are filled with venom that can kill small mammals, lizards, frogs, and small birds. Once their prey dies, dinner is served! But don’t worry, pit vipers don’t bite humans unless they are teased or trampled on.

These snakes can be found in tropical rainforests and cloud forests in Central America, and northern South America. 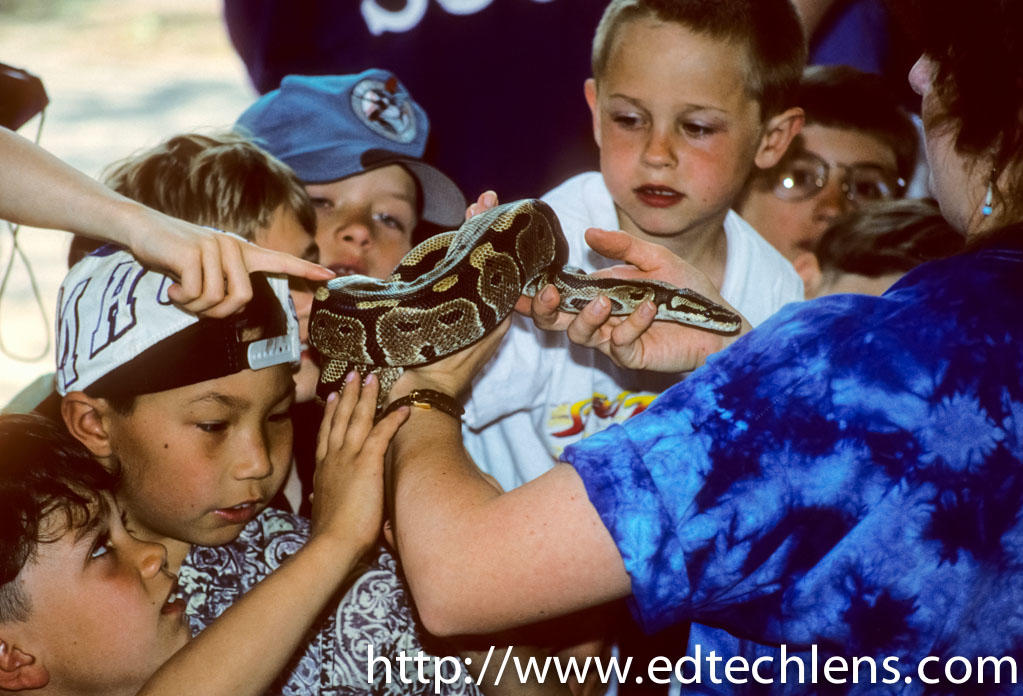 Wrap your head around some more: Eyelash Viper