Often referred to as the "jewels of the earth," the rainforests of Costa Rica are among the most magnificent in the world. More than one-quarter of the nation's land has been set aside as national parks, wildlife refuges, and special nature preserves to protect many of the country's tropical and cloud rainforests.

These rainforests are also home to an astounding 500,000 different species of plants, trees and animals, 300,000 of which are insects alone! This number represents almost 4 percent of the total number of species worldwide. It also marks Costa Rica as one of 20 nations in the world with the highest biodiversity. The biodiversity of an area refers how diverse the plant and animal life is. 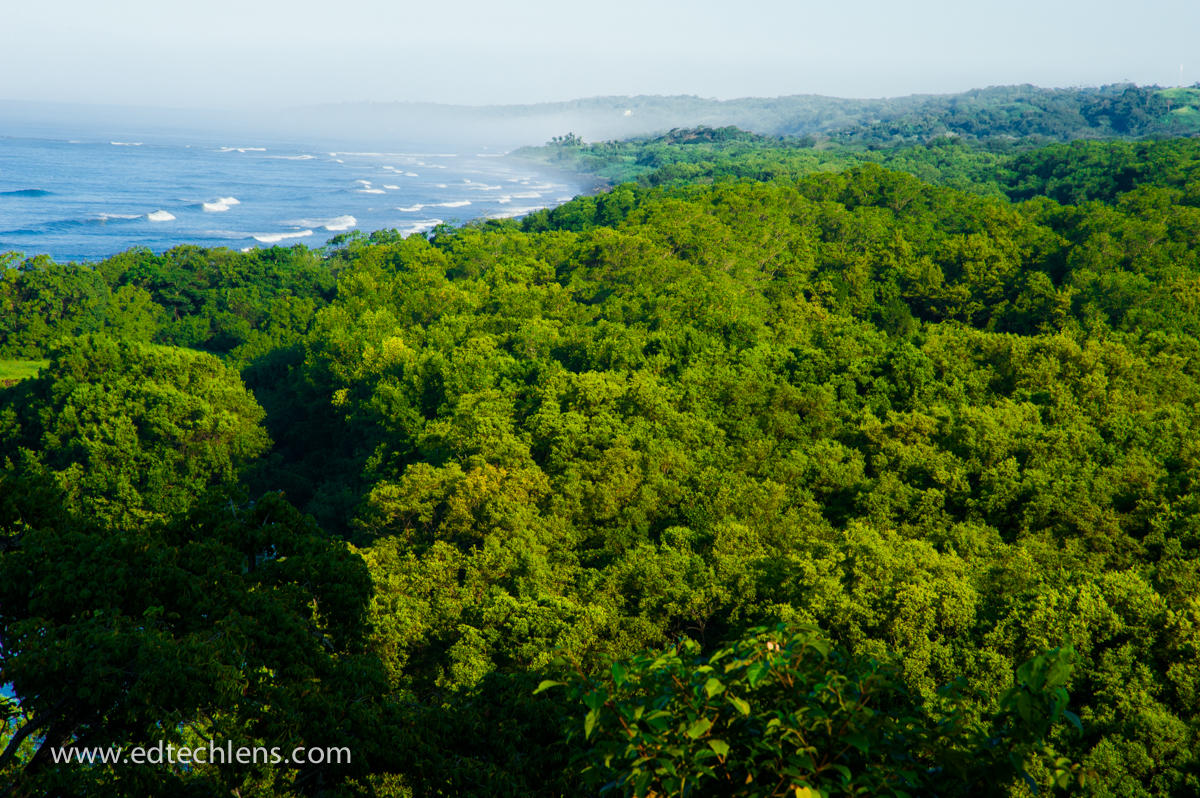 Part of the reason for this can be traced to history. Scientists believe that between three and five million years ago, a bridge existed between Costa Rica and the land that is now modern-day Panama. This "bridge" connected North and South America, allowing different plants and animals to mix. The end result has been the creation of some of the most diverse and fascinating landscapes in the world.

Something to Think About: What are other ways that new species of plants and animals can mix? Can you think of specific examples?