One of the world’s more curious, and popular, plants originated in the rainforests of Brazil. Known as the “Sensitive Plant” for its unusual leaves, the plant is now found in many botanical and home gardens.

The plant’s super-sensitive leaves will fold at the slightest touch. This can come from a human hand, air movement, an animal brushing against the leaves or even a bird.

At one time it was believed that plants had nerves and tissues similar to that of animals. This was thought to be the reason why the Sensitive Plant’s leaves react to being touched. However, scientists later discovered the leaves fold as the result of water movement in the plants which causes the leaves to collapse. 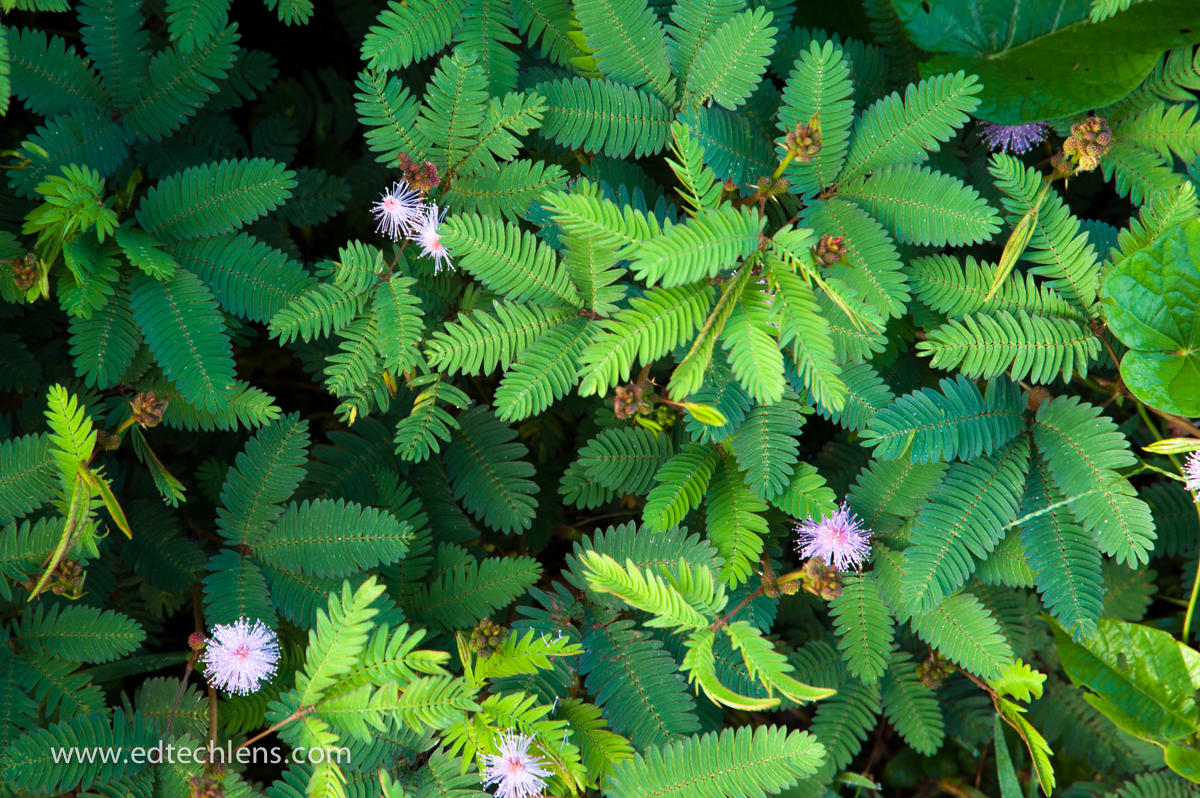 The plant’s reaction to movement is one example of a structural adaptation that occurs in nature. What this means is that nature has provided animals and plants with the ability to change, or adapt when threatened.

In the case of the Sensitive Plant, the plant’s leaves fold as a defense against an animal that eats plants. By closing its leaves, the plant may startle or frighten the animal into moving on.

Something to Think About:  Adaptation is one way that nature helps plants and animals to survive. For example, one plant that has a different kind of adaptation is the cactus with its prickly spines. Can you think of other ways that plants or trees protect themselves?

Want to Learn More? Check out this fact sheet about the sensitive plant from the Cincinnati Zoo!