All Learning is Equal: Unschoolers and Child-Centered Learning 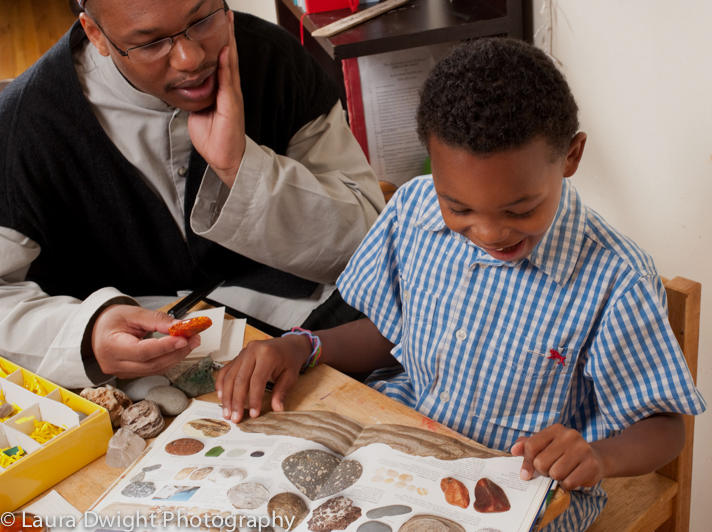 Why is reading as part of a school assignment any more valuable than reading to collect information about your favorite baseball players? This is one of the questions at the heart of unschooling, the idea that self-directed learning better prepares kids for adulthood than being directed by a school system what to learn and when to learn it.

Pat Farenga, educator, author and advocate for unschooling, says a child and her parents are in a better position to understand what she needs to learn. “Kids learn a lot faster when they’re interested. My daughter wasn’t interested in math until she realized statistics were a pre-requisite for a course in psychology she wanted to take at a community college. She was 14 years old at the time, took a fundamentals of math class and learned in five months all the math she needed to succeed in the statistics class.”

The Father of Unschooling

Unschooling is an old word but was first applied by John Holt in the 1970s to refer to a form of learning that is interest-driven and led by the student, based on the idea that human beings are natural learners and natural teachers who are not best served by compulsory education. His book, “How Children Fail,” was a diary of his experiences teaching in private schools in the 1950s and 1960s and sparked a lively debate about the place of schools in society in the 1970s.

Unschoolers believe that institutional education restricts curiosity and creativity; kids truly learn by living in the world around them, and so it’s crucial to immerse them in that world. The practice of unschooling provides room for exploration and unsupervised play, and a way for parents and children to live and learn together, pursuing questions and interests as they arise and using conventional schooling only in cases where the child chooses it.

Farenga worked closely with Holt until Holt’s death in 1985 and has continued his work as an advocate for child-centered education, an approach, Farenga says, that allows “children as much freedom to learn in the world as their parents can comfortably bear.”

Learning as a Natural Result of Curiosity

He sees society’s approach to childhood education as rooted in a fear that children won’t learn or succeed in life, and that fear results in a drive to control children and their learning. Unschooling, on the other hand, assumes that children are hard-wired to learn. It requires the faith that, given the space and time to pursue their interests, children will learn everything they need to know to be successful. He cites Grant Colfax, who was appointed by President Obama as Director of the White House Office of National AIDS Policy in 2012. Colfax was unschooled, having spent his childhood farming goats with his parents in California before attending Harvard for his undergraduate and medical degrees.

Farenga says unschooling “is the natural way to learn. However, this does not mean unschoolers do not take traditional classes or use curricular materials when the student, or parents and children together, decide that this is how they want to do it. Learning to read or do quadratic equations are not ‘natural’ processes, but unschoolers nonetheless learn them when it makes sense to them to do so, not because they have reached a certain age or are compelled to do so by arbitrary authority. Therefore it isn't unusual to find unschoolers who are barely eight years old studying astronomy or who are ten years old and just learning to read.”

How Any Educator Can Bring Elements of Unschooling Into Their Program

Holt believed that “children learn independently, not in bunches,” and that they need more direct help from adults who are outside the educational system. But Farenga points out that even in a traditional school system, teachers can help their students learn better by being their friend. Acknowledging that “teachers are under so much pressure,” he also says that every student remembers into adulthood the teachers who treated her with respect, listening to her and helping her see the value of her work.

Allowing children time for physical movement and play is another critical ingredient for learning, Farenga says, and any teacher who is willing to push for more recess will be helping her students enormously. He also recommends Holt’s book, “What Do I Do Monday?” for exercises teachers can use to encourage learning without sacrificing creativity or problem-solving abilities.

He encourages all adults to talk with children and not at them, a practice that’s difficult – “but homeschooling gives you time to work on it. I think giving kids lots of choices is important too. We all tend to feel like there’s no time for that. We all rush through life but we owe it to kids to be with them and help them through learning and growing, not just teaching them to sit still and follow directions.”

About Patrick Farenga: President of HoltGWS LLC and the publisher of Growing Without Schooling magazine (GWS) from 1985 until it stopped publishing in 2001. GWS was the nation’s first periodical about homeschooling, or as Holt termed it, unschooling. Farenga co-authored “Teach Your Own: The John Holt Book of Homeschooling,” and has written articles about homeschooling, education, and unschooling in a number of publications, including Un Mundo Por Aprender (University of Colombia, Bogota, 2011), and the entries about homeschooling for the International Encyclopedia of Education, (Elsevier, 2010) and the online edition of Encyclopedia Britannica (2014). His most recent book is “The Legacy Of John Holt: A Man Who Genuinely Understood, Trusted, And Respected Children” (2013).