Although often thought of as insects, spiders are actually arachnids, which is Greek for the word "spider."  This family also includes animals such as ticks and scorpions. Like insects, spiders have a hard exoskeleton (a protective covering on the outside of the body) and jointed legs. However, instead of six legs, spiders have eight. Spiders also do not have antennae or wings like most insects and are known for their brightly-colored abdomens. 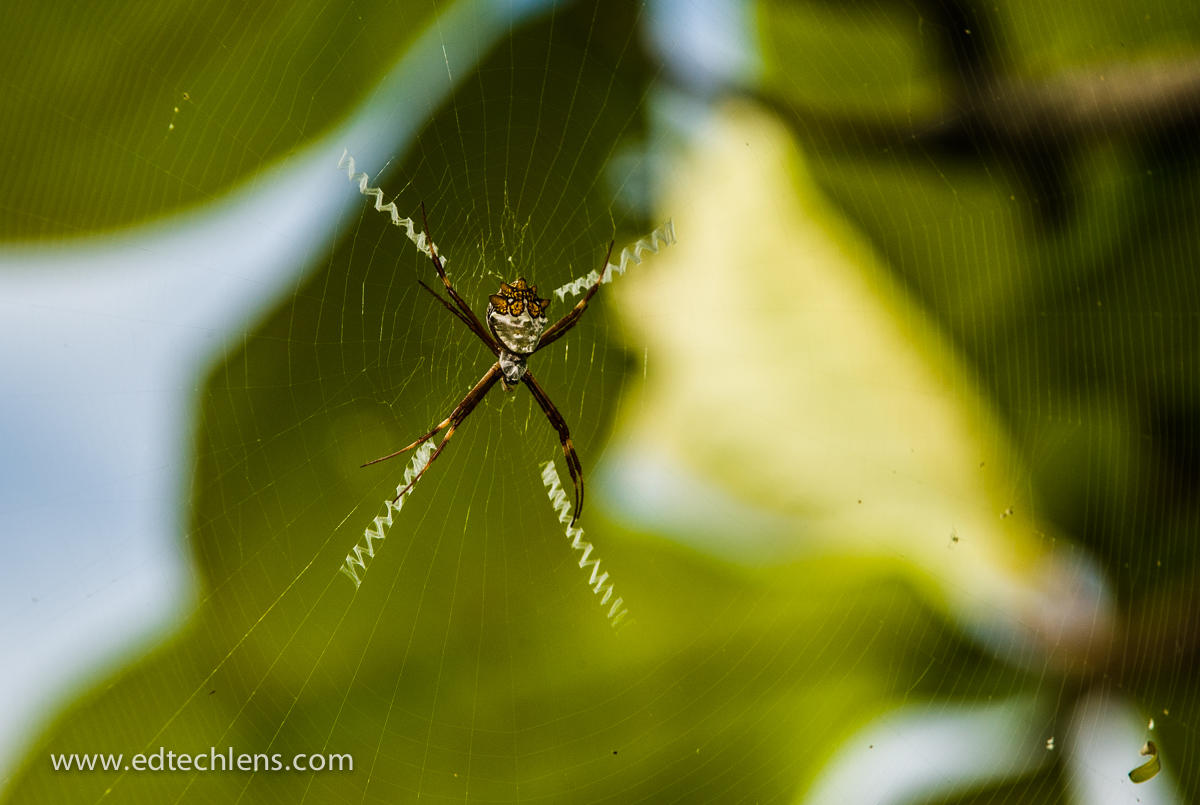 All spiders are predators. They rely on their fangs, which are filled with a kind of poison that can paralyze or kill their prey, usually other insects, though larger spiders, such as the Goliath Tarantula can catch lizards, snakes and small birds.

Spiders are also known for their ability to weave webs from silk that they produce. The silk contains protein so the webs, although light, are very strong, which makes the webs an effective tool for capturing prey. Notice how this spider's web is almost invisible. How would that help this spider catch its food?

Something to Think About: What kinds of arachnids might you find where you live?

Want to Learn More? Visit the Spiders page on Mongabay to see some of the different kinds of spiders that live in the rainforest.