Among the largest and most feared of reptiles in the world is the crocodile. The word "crocodile" comes from the Greek word crocodilos which loosely means "lizard." Crocodiles are often confused with other water reptiles such as caimans and alligators. But each reptile although similar in appearance have significant differences.

There are 14 different species of crocodiles in the world; many of them make their home in the tropical rainforests of Africa, Asia and South America. The rainforest crocodile can vary in size, measuring in size from just under five feet to over 23 feet in length. They are not exactly lightweights either: the saltwater crocodiles which is the largest crocodile and reptile in the world, tips the scales at over 2,000 pounds. 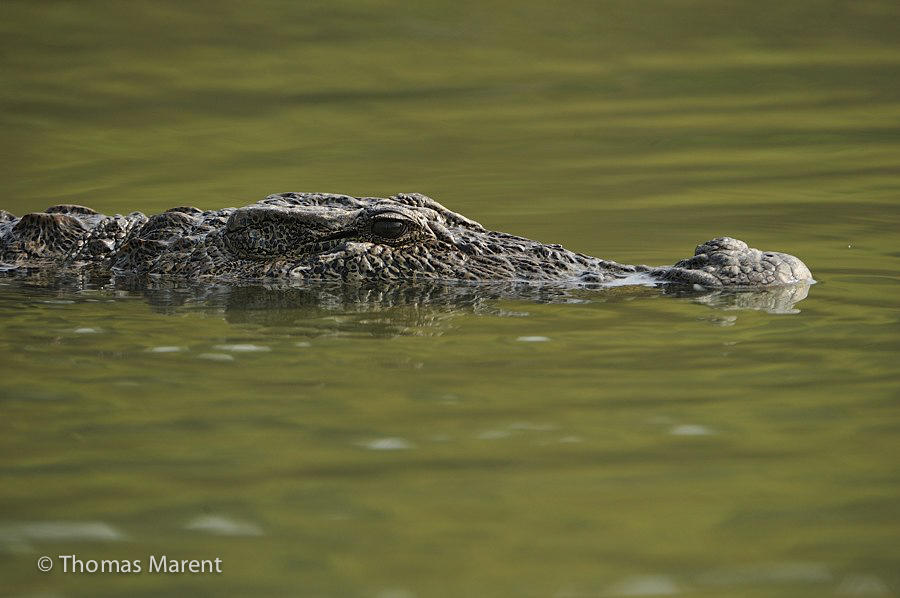 Almost every part of a crocodile's body helps make it one of Nature's most feared predators. The eyes, ears and nostrils are located near the top of its head — this allows the crocodile to lie low in the water as it waits for its prey. Excellent night vision helps overpower animals that cannot see as well in the dark. Crocodiles are known as "ambush predators." This means that most often they wait for their prey to come to them before swiftly moving in and attacking. Their sharp teeth allow them to grab and hold tightly onto their prey; the force of their jaws is among the strongest in the world.

Crocodiles are an important keystone species: without them, the delicate balance of the rainforest ecosystem would be severely disrupted. Despite their importance to the ecology of the rainforest, the crocodile is an endangered species, often hunted for food and their skin.

The crocodile is one of the few reminders of our prehistoric past when dinosaurs ruled the earth.

Something to Think About: What is the role of a keystone species such as the crocodile?

Want to Learn More? Visit Science Kids to learn other facts about crocodiles