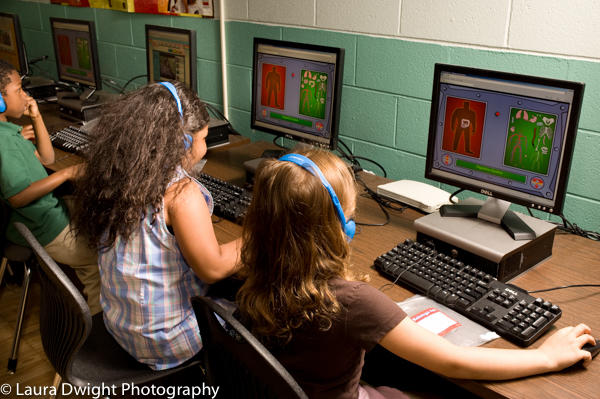 How to End the Student Question, “Why Do We Need to Know This?”
Teachers often hear this question when it’s time to learn anything that feels difficult or is uninteresting to students, things like addition tables, scientific terms, spelling conventions. They want to know why they should make the effort to learn something that doesn’t seem relevant to them.

The usual answer centers around preparing to be an adult. Jordan Shapiro points out that while there’s truth in that answer, it doesn’t satisfy kids or motivate them. “They’re just like us,” he says. “Most people are only interested in things that are of immediate interest.”

But adulthood is so far into the future, most kids can only barely imagine that they’ll ever actually be one. When weighed against the rigors of focusing on a subtraction worksheet right now, the distant possibility of needing math as a grown-up just isn’t worth it to them.
Game-Based Learning Creates Relevance for Students
Shapiro, a professor and director for digital innovation at Temple University, is also the father of two elementary-age students. He explains that well-designed educational games help end that question because they “create immediate context” for knowledge. For teachers who effectively use games-based learning, the question is easy to answer. “The reason they need to know it is so they can do the things they love,” he says.
“Every good teacher uses games – though not necessarily digital ones,” he says. They know how to make learning enjoyable and recognize that education is unlikely to happen for kids if there’s not some pleasure in it.
Not About Student Engagement
A common answer for those who question the value of game-based learning is that it engages students, but Shapiro challenges that reason. “I think this is a cop-out answer,” he says. “People say, ‘Well, kids love games so we use them to get them engaged in learning.’ But games can’t just be chocolate-covered broccoli. We don’t want to trick them into learning.” Instead, they should want to learn because the knowledge they’re gaining allows them to do something they want to do. “Games turn the broccoli into actual chocolate,” he says.The immediate context allows kids to see the value in the knowledge.

Not all games achieve this. “Most digital games are just quizzes with animated gold stars,” Shapiro says. “And there’s nothing wrong with that. It’s a good way to get a kid to practice. My son will happily use those kinds of apps while we’re stuck waiting in the dentist’s office, but they’re not interesting enough in other environments to hold his attention.”
A Way to Explore and Understand Concepts
In school, children learn languages and frameworks to make meaning out of the world. In the life sciences for example, students learn the names for animals, the labels to apply to different segments of the life cycle, how the components of an ecosystem interact. Shapiro says, “All academic subjects are really just ways of thinking, interacting, and articulating experience, and when kids play, they take these conceptual structures into social settings and try them on.”

What’s powerful about well-designed educational games is they give kids a good way to experiment with what they’re learning. They combine content delivery, practice and assessment in a single activity. “You can do all three simultaneously,” he says. “And then students are learning through play.”

Minecraft is a good example of a game kids enjoy that also allows them to use and test their knowledge. “They have to engage in some serious counting and algebra,” Shapiro says. And it’s a safe place where they can explore. “Kids don’t play outside as much as they used to. I used to wander the neighborhood, but my kids don’t; instead they’re running around in the virtual world. And it’s important for them to have that place to explore and test themselves.”

And like in the real world, there’s plenty to learn. Shapiro says “the teacher’s role is to come in and say, ‘Hey, let’s talk about what you’re learning when you’re building a tower in Minecraft.”
Employing Game-Based Learning in the K-5 Classroom
Like with any new tool, educators need time and support to implement game-based learning. Fortunately, there’s a wealth of resources available. Shapiro worked with the Games and Learning Publishing Council to develop the MindShift Guide to Digital Games and Learning, a document you can download for free that offers 40 pages on game-based learning, including resources for choosing and finding games and a chapter for overcoming obstacles to using them in the classroom.

And perhaps the most welcome perspective is the reminder a teacher gets looking out on a classroom of young learners enjoying themselves: Learning can be really fun!

About Jordan Shapiro: Shapiro is the full-time father of two boys (seven and nine years old) and the lead administrator at Project Learn School, an independent cooperative K-8 school in Philadelphia. He is a Senior Fellow for the Joan Ganz Cooney Center at Sesame Workshop and teaches at Temple University’s Intellectual Heritage Department, where he’s also the Digital Learning Coordinator. His book “FREEPLAY: A Video Game Guide To Maximum Euphoric Bliss” considers how the games we play in our youth shape our adult lives. He is also a columnist for Forbes.com, covering ed-tech, parenting, and game-based learning.
Categories:
All
Newsletter
Sign up here for news and blog updates
Previous Post
Next Post