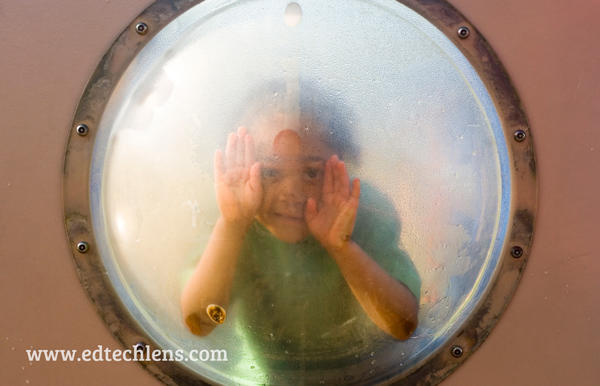 How Play Fuels Learning
“Play is the fundamental building block of human cognition, emotional health, and social behavior,” says Erika Christakis, an early childhood educator at the Yale Child Study Center and author of The Importance of Being Little. “But play has an image problem and is usually thought of as the yin to cognition’s yang. In fact, play has a direct and positive effect on cognition.”

Play allows children to experiment with and learn from their world. For example, constructing a tower out of sand, a child must combine the right proportion of sand to water. “It’s cause and effect relationships like this that kids figure out in play, the kind of relationships that are the foundation of physics and engineering,” she says.

True Play is Open-Ended
Children’s cognition skills are more challenged when they must represent things symbolically, a sophisticated cognition task. This is what you see when a six-year-old turns a block into a phone and begins a “conversation” about a pretend party she’s planning.

Christakis says that this is the power of open-ended toys like blocks, which have more than one use and invite experimentation. This sort of play happens rarely – if at all – with uni-dimensional toys that can only be used in one way, for example electronic toy phones.

The kind of imaginative play enabled by open-ended toys is less common today from Christakis’s perspective. “When I began teaching in 2001, I noticed that many children had trouble entering into the make-believe aspect of play. So while the impulse to play is hardwired in children – in all mammals in fact – play habitat has been encroached upon,” she says. The demands of adult life mean we have more dual-income families, and more children are in non-family care. Couple this with parents’ fear of allowing children to explore and play on their own outside the home – plus the prevalence of screen time – and children are growing up in an atmosphere that lacks “the physical, emotional and cognitive space to be a child,” according to Christakis.

Showing Children Imaginative Play
She decided to teach her students to play. “I got down on the floor and together we would come up with games of imagination and assign roles, plots and rules,” she says. “Rather than hurry them along when the play began to unravel, I would ask the children what they thought they needed to keep things going. Sometimes they would request more props, and we would consider how to obtain them. Could we make an animal mask from our art supplies? Or could we just pretend to be the animal, without a mask?”

She encouraged further imaginative play by creating imaginary creatures who left clues of their classroom visits during nighttime hours.

More Ways to Incorporate Play in an Educational Setting
The first step educators need to take in granting kids more play is making the mental shift. Remembering how she came to her own shift on the subject, Christakas recalls when she first had her own classroom.

“I had heard the virtues of clay extolled, its ability to unleash pent-up creativity, and was eager to have the children use it. The advice I got from an experienced teacher I respected was to restrict the children to an examination of the texture and properties of clay before allowing them to mold it into objects.” Thinking a day was ample time for this, she was shocked when this teacher suggested giving the children at least a week, maybe two, to engage in exploration of the material. Christakis says she was certain this early phase of exploring clay couldn’t possibly hold the children’s interest for so long – and she never gave the children a chance to prove her wrong. “The attitude I had is all too common. We only let children use art materials in a perfunctory fashion and whisk things away before they’ve had a chance to learn from them,” she says.

Focus on the Process, Not the Product
The purpose of allowing children to play with clay is not “to teach them how to make clay alligators and coffee mugs,” she says. “The purpose is to teach children a predictable cognitive sequence they can apply when they encounter anything new – observe, question, explore, reflect and then repeat. This way, children learn to respect their materials, not just dive into them. The teacher introduces clay in the same way that she would help a child to retell a story in the correct order, or coach her to measure the length of a piece of paper.”

As another example, rather than assigning children a project to create a sunflower from a paper plate and premixed orange paint, Christakas suggests teachers give children “time and space to experiment with how to mix colors, how to use different brush strokes, or even how to examine an actual sunflower to see what colors it contains.”

Go Off Script
For teachers who are bound by rigid curriculums, Christakas recommends taking a break one day a week. “Try free play, try a new project, a new perspective. Take advantage of the time to re-boot. Teachers can reflect together about what they’ve experienced and what the children have learned. It’s a great experiment to try,” she says.

The Importance of Relationships to Play and Learning
“Children also need interactions with their teachers that are open-ended,” she says. Noting the importance of free-ranging conversations with their peers and parents, too, Christakis illustrates the value of a small shift in how we interact with children. “If a child is drawing a picture and I use a closed statement like ‘Good job!’ to communicate with her, I’ve labeled her drawing as complete and have shut down further discussion. What more is there to add? But if I say, ‘Tell me about your drawing,’ I’m inviting the child to be reflective. It’s never possible to anticipate everything a small person needs to learn, so open-ended inquiry can reveal what is known and unknown and provide cues for the teacher. It also serves as a catalyst for a basic, but unbounded, cognitive habit – the act of thinking out loud.”

Christakas thinks we regularly underestimate children and what they’re capable of. “We subject them to testing and performance standards that often highlight the very dullest parts of their special minds, but they’re really capable of boundless intellectual sophistication.”

About Erika Christakas: An early childhood educator at the Yale Child Study Center, Christakas teaches college courses on child development and education policy. An honors graduate of Harvard College, she has advanced degrees from Johns Hopkins University, the University of Pennsylvania, Lesley University’s Graduate School of Education. She is a Massachusetts-certified teacher (pre-K through second grade) and a licensed preschool director. She has written for The Washington Post, The Boston Globe, TIME.com, and the Financial Times. She lives in New Haven, Connecticut. Her new book, The Importance of Being Little, is available on Amazon.com
Categories:
All
Newsletter
Sign up here for news and blog updates
Previous Post
Next Post